When we hooked up our GraphQL FastAPI app with Sentry, it seemed to work out-of-the-box using Sentry’s SentryAsgiMiddleware. On second look, the most relevant part of the stack trace was “Removed because of size limits”. The Sentry events contained no useful information.

FastAPI is built on Starlette, and Starlette uses Graphene to support GraphQL. To respond with nice error messages, Graphene (by design) catches all exceptions and logs errors instead. The exceptions aren’t bubbling up to Sentry. This means our Sentry event is based on the log entry text, instead of being captured from the exception object. Without the exception object, Sentry will try to put as much of the log entry text in the message as possible, which turns out to have a limit of 512 characters.

Exceptions should be captured using Sentry’s capture_exception method. Sentry’s middleware does that for us under the hood, but we can write a bit of middleware that does the same for us in Graphene.

After being hooked up in the next steps, Graphene will invoke the resolve method on every GraphQL request, and do the following:

Now that we have defined our middleware, we need to add it to Graphene, such that the resolve method above is called on every GraphQL request. At the time of writing this, Starlette doesn’t provide a way to pass middleware to Graphene, so we have to extend its GraphQLApp class. Most of the code below is copied from the execute method in starlette/graphql.py. There are two modifications: 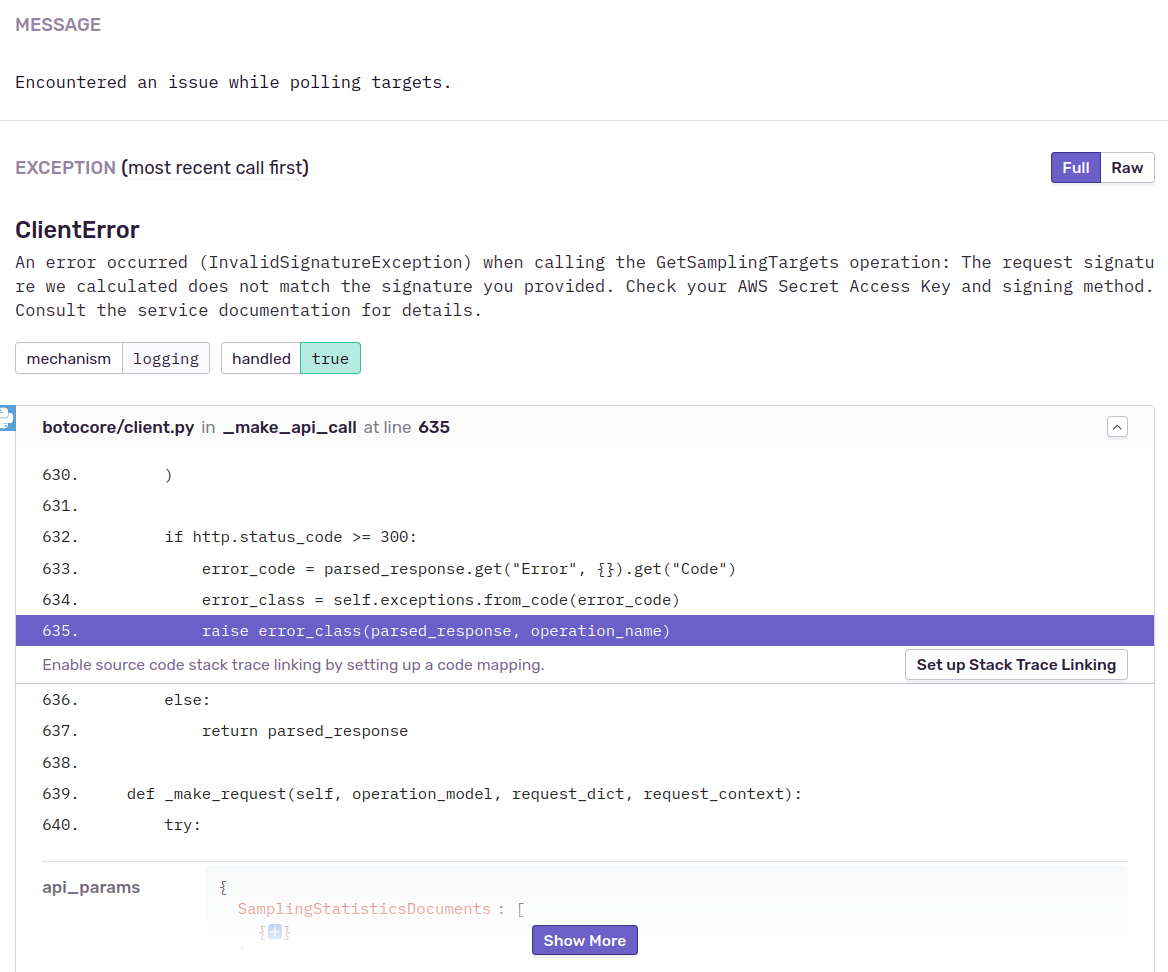